Rejection - and I mean hard core, downright heart wrenching 'this really stinks' rejection - was the best thing that ever happened to me in terms of my writing.

I'm a compulsive writer. It's just something I do. I've been writing for over a quarter century, and in those early years, I was happy to just pound away at my typewriter while my kids were taking their nap, dreaming that someday I'd get published, but not really believing it could ever happen. It was enough to just 'get the words out' and I figured if it ended up being nothing more than personal therapy, so be it.

Then, at one point (and I'm not exactly sure when that shift took place) I started to think that maybe - just maybe - somebody might actually like to read what I'd written. I took my first tentative steps toward sharing, starting with one of my daughters who was a voracious reader. She came back, manuscript in hand, with a semi-detached, 'bored' expression, saying, "It was okay."

Hm. Not exactly what I had hoped for, but I took it as a sign that a 14 year old really wasn't my best critique option, or I needed to go back and change things. In the end I slashed that manuscript to pieces and totally revamped it, sure that NOW it was worthy of someone's attention. I went online, (we had now entered the personal computer era) and started researching publishers.

To my surprise, most publishers did not take unsolicited manuscripts. I needed an agent. WHAT? Nobody ever told me that!! (You're getting the picture how really, really GREEN I was ...) I was imagining how I'd ship the finished book off to several publishing houses and then let them fight it out as I negotiated the best contract.


Instead, what did end up happening totally transformed my writing life. I send my manuscript to an agency that offered critiquing services. If things weren't too bad, they'd go on to post your work on their site for potential agents and publishers to see. If it wasn't up to standard, they'd at least offer a critique. Sure that I would be a shoe in, I waited with anticipation for their response.

Ouch, ouch, ouch. I got three different perspectives on my work, and all three were brutal. All the classic 'Show not tell', awkward phrasing, not moving the story forward, POV head hopping ... on and on it went. Once each and every one of these problems was pointed out, I couldn't believe I had missed it. It just seemed so obvious. I had spent so much time in my own head, that I literally did not see the forest for the trees.

I have since had the wonderful opportunity to be the recipient of many, many more such rejections! I've taken to embracing criticism, because I realize that in most cases, it will make me a better writer. The trick is, you have to detach yourself emotionally and see negative comments as roads to improvement. Actually applying what is suggested helps, too!

Many queries and many rejections later, I finally signed my first contract in 2008, with my first novel – AND THE BEAT GOES – an archeological thriller, leasing in 2009. This first contract was with a POD publishing house, but had many of the perks that traditional houses offer:

-My book was professionally edited

-It cost me nothing

-There is a ‘buy back’ clause from the supplier so that book stores can buy and send back copies if they want to.

Happy with my initial success, I went on to publish two more books with the same publisher. This time, my contracts were a bit more akin to ‘self publishing’. MY MOTHER THE MAN-EATER was a ‘joint venture’ contract, where I paid a nominal fee, but the publisher took on the bulk of the costs. PLAY IT AGAIN was a ‘pre-sales’ contract where the publication process only kicked in (at no cost to me) once 100 books were pre-sold. I’m happy to say the book is now in production. (Incidentally, both books were nominated for an ‘Indie Excellence Book Award’ and MAN-EATER even went on to best seller status on Amazon when it first released in the Contemporary Romance category.)

So what have I learned from all this? There is still a lot of stigma when it comes to POD publishing, but when it comes right down to it, quality is still the best way to sell books, whether you publish the traditional way or you go a self pubbed, indie or strictly ebook route. I’m glad I didn’t take the easy route and self publish right away. All those early rejections taught me that good writing is the best thing you can do for yourself and your writing career. I’ve since signed with an agent and hope to see book number four, WIND OVER MARSHDALE, find a publishing home the traditional way. I don’t think that would have been possible without all the lessons I’ve learned the hard way.

Without that early wake up call, I'd still be in my own little world, writing for an audience of one. (And I don't mean God!) How has rejection transformed your writing? 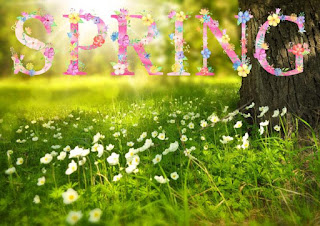 Author Lynny Prince
I'm an author and musician just trying to make my way through life just like you are! I love to write (of course), cook, love horses, and am an animal advocate. Feel free to write me: lynnyprince@gmail.com or visit my webpage: www.lynnyprince.org